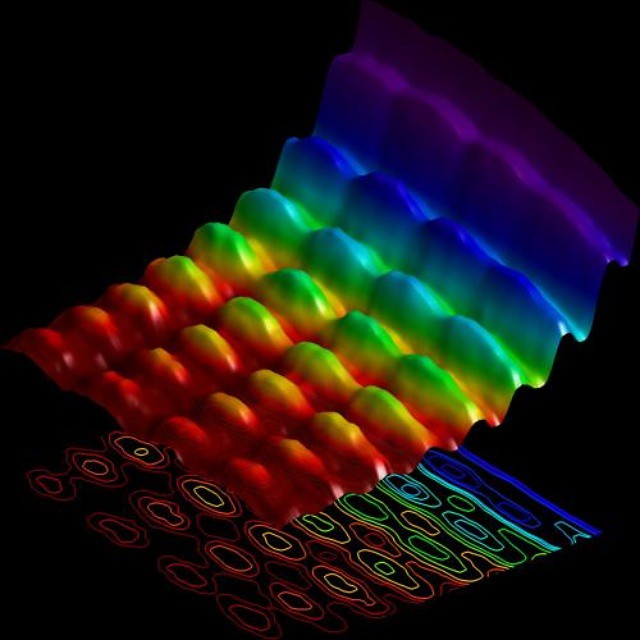 As time goes on, we seem to know less and less about quantum mechanics. At least, physicist Richard Feynman warned us that this would happen in 1962.

I'm listening to tapes of Feynman lecturing to his CalTech students in 1962 on how quantum mechanics work, which, explaining in a thick Queens working class accent, he says operate totally unlike anything else they -- and we -- could ever imagine.

Once you get down to the lowest level of measurement, where you are befuddled by the uncertainity principle, you find that sometimes an electron can act like a particle, and sometimes it can act like a wave. You can't determine why it acts one way or another. You can only offer a probability amplitude.

In essence, quantum mechanics has forced the field of physics, to, at least temporarily, give up trying to predict what will happen in a given physical event with absolute certainty. Instead, quantum physics can only predict the odds of something happening.

"No one can explain any more than we have just explained," Feynman said. "No one will give you any deeper representation of the situation."

Now, a new study shows that we may known even less about quantum mechanics than we even thought we did. Physicists in Australia have shown that, at the quantum level, reality doesn't even exist until we try to measure it.