On at least three distinct times, a Bob Dylan song has crashed into my life, speaking to me directly through the daily din with a lucidity I never thought possible from a pop ditty.

I've never been a 'Dylanologist,' per se. But the man's music has been around for pretty much my entire life, in one form or another. Some of it is pleasant; A lot of it is crap. I can't really defend Dylan to anyone otherwise uninclined. He's creaky, cranky and makes a snarled racket.

I know the lyrics to many Dylan songs practically by heart, "Maggie's Farm," "Simple Twist of Fate," "One More Cup of Coffee," "Tangled Up in Blue," "Like a Rolling Stone," "Desolation Row" -- shit, probably all of Highway 61 Revisited, come to think of it.

But I learned those songs over time. With these three songs, I remember the exact moment I heard them, with far more clarity than I remember all the other times around them. Go figure. 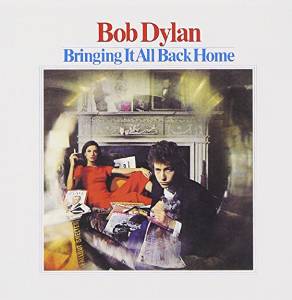 The first time a Dylan spoke to me directly, I was a wee lad of 22, lost in my own head, late at night, sparring with conflicted spirits.

I was playing Bringing It All Back Home quietly on a cheap record player, not paying much attention because, like I said, I was all up into my own sad shit. Twenty five years later, I can remember the exact moment Dylan's voice cut through my internal monologue:

With my attention thus captured, Dylan, with his lonely guitar, laid out a description -- verse by bloody verse -- an angry litany of all the many ways in which this world is fucked:

I can't remember what problem those words solved for me that night. But I felt a great weight lifted from my shoulders when I heard that "It is not he or she or them or it that you belong to."

You must create your own space in this world, Dylan seemed to be saying to me at the time. In the end, you answer only to yourself. Live in your dream, or be enslaved in another's. It was a call to personal freedom. 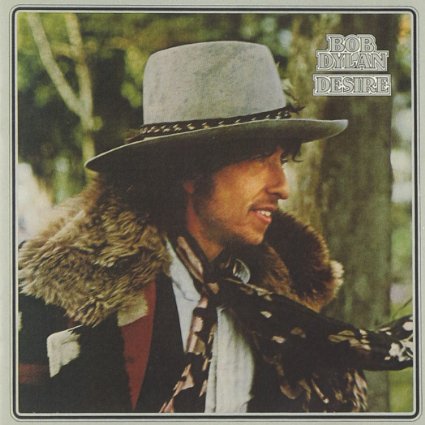 Flash forward maybe 15 years. All those existential concerns of my early-20s had simply dissipated by then. "Isis" I heard just as after I dropped my girlfriend off at D.C. National Airport for a very early flight. I'd agreed to have an early brunch with a friend who lived nearby, so I had a few hours to kill in a pre-dawn hours in Old Town Alexandria.

Have you ever been in Old Town Alexandria 6 am on a Saturday morning? Deserted. Weirdly so. I walked around as the sun rose over all the silent prefabricated colonial town homes.

If "It's Alright Ma" had lessons for the young soul, "Isis" held nothing but mockery of the very idea of sagely advice.

The narrator in this song is in love with Isis, who marries him but soon sends him away, promising that the next time they'll meet, he will be different.

Not knowing what to do, he meets a man at a laundromat who offers to take him on a money-making job of a dubious sort. He accepts, dreaming of the riches he can bring back Isis. The piano plods on, a fiddle cries alongside Dylan's voice.

Rough was their journey to a set of pyramids encased in ice. But inside was a body that would fetch a good price, the man kept saying.

The man then died. The narrator decides to plod on nonetheless. When he found the body there with "no jewels, no nothing," it was then realized that his companion, "was just being friendly."

I was captivated by this story as I walked around Alexandria, listening again and again, as attentively as I would to a dear old friend with a particularly engaging tale. Again, Dylan here is insistent, like this is a matter he must get across anyone who is listening.

After his journey, the narrator returns to Isis, and the following exchange takes place, which I've come, in the years since, to believe were the central point to the whole song

Such a casual exchange after such a harrowing journey! Was there a point to this shaggy dog narrative? Fuck I know. Life just happens, it rolls along like a stream, wearing down and polishing even the most jagged of rocks. In the end Dylan got back to Isis, through machinations totally beyond his (and our) understanding. It's O.K. It's all O.K. 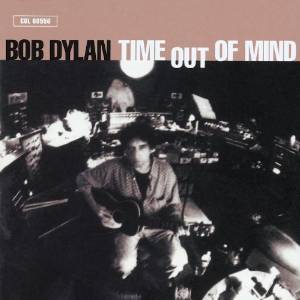 Fast forward another 10 years or so. I happed across this ambling 16-minute jaunt again by way of the random shuffle, while I was walking around.

Now we're getting into my middle age, and Dylan's as well. His voice is hoarse, tired. Even then, he sounded too old for this. I was crossing a bridge in Portland, Oregon, the one over the beautiful Willamette River that cleaves the city. It had been a long day of work, and my mind was crawling to slow. My head was in no place for extended narratives.

Dylan's croaky gibberish hovered around the edge of my consciousness for the first six minutes of the song, until the music tensed up slightly and Dylan unrolled this tale, again calling me, somehow, to pay close attention. If "Isis" is a shaggy dog tale, this bit is like one of those stories-within-the-story you find in Gothic novels.

This song details an exchange, real or not, that Dylan--lets assume the Dylan is the narrator for our own story telling purposes--has with a waitress in an otherwise unoccupied diner. This takes place in Boston, on what the narrator assumes (but does not know) is a holiday. Gypsy musicians, amirite?

Dylan sits down at one of the empty tables. A waitress, with "a pretty face and long shiny legs," comes over. She asks what he'll have.

Dylan leans back looks at her (my embellishment but you can feel all this in the song) and asks, 'What do I look like I want?'

The waitress sizes him up and says "You look like you need hard boiled eggs."

"We're out," the waitress, no fool, responds. "You picked the wrong time to come." (BTW the official Dylan site obfuscates these lyrics for some reason. And very badly so too, given how crisp Dylan's retelling of the moment).

This edgy transaction continues. Sensing that her reluctant customer is an artist, she asks him to draw a picture of her. He demurs, politely at first but firmly insistent:

So, Dylan sketches out a few lines and "then show it for her to see."

I'll pause here just to say how much I love that last line. It's so matter of fact but so slyly melodic as well. All the seemingly casual lines in this part of the song are crafted with this care, it seems.

Anyway, the waitress, when she sees the results, is aghast, throwing the napkin back down. Now Dylan is insistent, boldly defending the throwaway drawing, as if it were worth defending in the first place.

"It doesn't look a damn thing like me," she protests. "Oh kind miss, it certainly does," he counters. He must be joking, she said. "I wish I was," Dylan responds.

The conversation devolves quickly, with the waitresses then accusing Dylan of never reading woman authors. He haughtily pointed out that he read Erica Jong. When she goes away for minute, Dylan, or his character, slides out of his chair and back to the busy street "where no one is going anywhere," and sliding just as easily out of my consciousness.

The lyrics so brilliantly capture this ordinary moment of mutually charged-unease between two people. It's totally insignificant, but the moment becomes personal to me as well. It's a story from a guy I'll probably never meet, but feel yet know in some mysterious way, somehow.